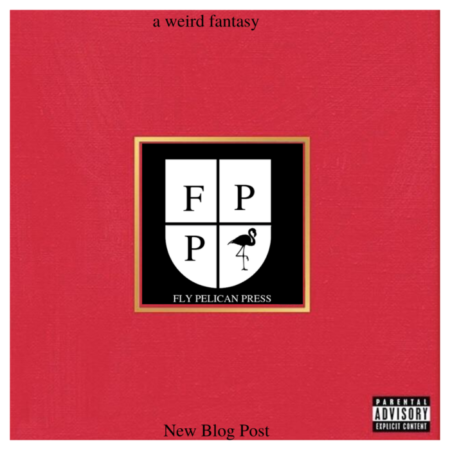 So many years, only the address changed

As a kid me and my friend Merc had a rap group. Though, in earnest, that’s probably an overstatement.

I could write. But, I will admit: my flow sucked. It was influenced by too many sources, which left the finished product awkward, rushed, confusing. It was like a bot wrote lyrics in such a way that it sounded great, but couldn’t be performed.

We had visions of releasing music and touring. Aside from a few demos, nothing came to fruition. I was lazy then and a real coward. We had some brushes with people in the industry but that is a greasy biz. I could battle rap and freestyle like a beast with his balls poked, but on wax, it wasn’t near official.

I hate this part of my younger self, he was such a pussy.

Younger me would look at me now and probably think he was a sell-out, even though his self-published label reads independent as fuck as the tagline. Young me was a confused hater. And smoked way too much weed and drank way too much everything.

Me now looks at that skid as a bunch of wasted, misanthropic potential. Those were hard and lean times, but they made me who I am today. I’m also a lot bigger now and would slap fire out that little hoodlum’s ass.

We used to get hot CD books from local crack-heads or dudes that just ended up with boosted shit. You know the guy; he had power tools, cameras, video games, anything. You need a fucking baby tiger, give that sucker like twenty minutes and he’ll ask you the white or the orange one. These guys had a platoon of fiends that busted windows and brought them shit. Really, not even for them, it’s just what fiends do.

We used to either buy the books or flip through them and pluck raw discs and pay whatever. The key was to never look jazzed if you found one you loved or wanted to take:

Purple tape? Ya’ it’s aight, kinda scratched, probably a fake to boot, I’ll give you like a buck. Hell on Earth? I already got it, fifty cents is the best I’ll do; fine one cigarette. Who’s Del the Funkee Homosapien? You don’t know him? Well… probably some local cat, throw me that with that Bone-Thugs record and I’ll give you this half-gram nugget, but you gotta smoke it with me.

You buy the full books and you might walk through the house like Santa Clause. You might get a older-aged person’s thing and holler at ma with Bee Gees, Elton John and some other shit. When she asks why there’s no case it’s because you love her. Otherwise, you might be able to find a few gems in all the Britney Spears’, Now 4’s and whatever other pop record. That’s the only way I ever owned an Eminem album and how I got ATLiens. True story.

Fuck I went off track.

So, me and Merc made music. My dream then- believing that we would always live in our home city, because keeping it real, duh- was to find those books and have my record in every last one. The thought that my music would be worthy enough to be pouched and kept in the car was a dope thought, as imaginative as I could be then with puerile-grandiose fantasies brought on by keeping myself baked 24/7. I yearned for the day that I would be flipping through some cat’s padded CD booklet and stumble across the Plan A record. That was our name. Never happened, by the way. I don’t even have the burned discs with sharpie tags that we used to bump. And, why would I still be copping stolen records if I’m making them. Stupid.

We gave out some copies to close friends for review, critique and the like. One-time my friend ripped in to the alley playing a song out the open windows on full blast. That blew my mind.

How much would a trip would it be to be in a coffee shop or a park and see someone reading a physical copy of one of my books. Dude, I would want them to sign my copy. I don’t know if I could hold back from assaulting them with questions. Like those same questions that annoy me and throw my day off-kilter, I’d hammer them at the unsuspecting (in my head it’s a she and she’s very pretty) person reading my paperback.

This is my fantasy, shut up.

So we eventually get married and move to a small cabin outside of St. Petersburg and cut our own fire wood and… I’m kidding, of course.

I’ve teased with the idea of putting my books in stores. How swank to be able section to walk in to the fiction, look up at the C’s and see my children nestled between some other people’s shitty kids. Sporting the black and white Pelican shield and my name, like a fucking champ.

Would it be cool though? Would it be worth buying a lump sum of prints, hoping that the stores pop that bad boy in the stacks and then hoping, nay, pleading that it sells so I can recoup the cream I threw down to put it on?

I don’t think I could enjoy it. That’s if chapters or indigo or whatever the fuck it wants to be referred to as would agree to put me over.

Like the expectations I set for myself, that would be such a small morsel in the snout of a croc. I wouldn’t even have time to chew it, it would just fly to the back of my throat and dissolve. The moment I put my book in stores, on my own dime, I’d be a nervous fucking wreck. I take a picture for the social media accounts, smiling beside the stacks to show that it’s available, hope people take heed if Amazon is too difficult a commitment, and then enter panic mode. Check the book version of soundscan as soon as it refreshes and hope that the x-ducats that I shelled out start coming back to Papa in a hurry. Old Gill needs this sale.

Nah son, that’s out. I am already disfigured by anxiety and barely holding it together with virtually no overhead in regards to the copies that are available on tablets and print-on-demand. That would be the death knell and serve as nothing but an ego boost and something to gratify me in a way that would pass beyond enjoyment in 27 hours.

Another looping vision that I have is finding my book in a used book store. We have this joint called Mcleods books in my city. It’s a sexy-sized and chaotically organized used books store. I love that place. I love the smell, the fact they make you leave your bag and that they may or may not have what you’re looking for, but I have never walked out without looking like a nerd on the first day of classes.

But that would mean someone gave it up. Like a bastard orphan, they fucked me and chucked me and someone else doesn’t have to pay retail. If I was rich, this would be mega hype. Shit, it probably still would if it ever happened. I’ve never been parted with a book unless a friend lost it or a break-up happened and she kept it. Shit, I’d probably snatch that sucker up and see if they wrote inside the cover like I always do when I give a book. See if they made notes, left stickies or marked up the margins with critiques.

I’m still great homies with Merc to this day. The Furies is dedicated to him, in fact. He’s making creative, clever and amazing music with a diverse range of talented artists. His sound changes and progresses. He’s a great dad and, like myself, holds down a job to fund his passion. He’s had music videos and single and international play. We both hit our strides a little further don the line than we’d have liked, life gets in the way and sometimes it takes a minute to figure out how to drive forward with your creative outlets and passions, but to also determine where and what they are. I hope I have his talent in music, in my writing, and it doesn’t matter when you start, because timeless talent only ripens like wine, with age and experience. You can feel the humility and wisdom in the progression of true artists; those who take risks and put their life in their art. My friend is talented and I wish him only the best. Love you, brother.

If you want to check out Merc’s music and his nice haircut, follow his instagram page @bmercermusic