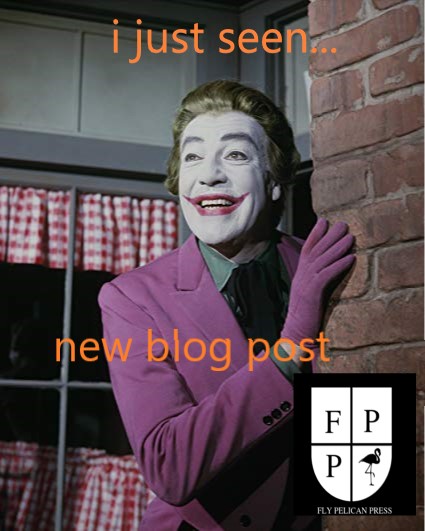 This has to be one of the most discussed films in the past while. I’m no cinephile. This may surprise you, but I prefer a good book. But, it did make me think.

A lot of the discourse surrounding the film has its roots in the way mental health is handled. Socially and culturally. The way we perceive and describe it. The way the media discusses and portrays it. The way the person who is stricken with a mental disorder is diagnosed, viewed and is treated.

Another strong vein of commentary is very media-centric. How they don’t like the way that the entertainment industry is put on blast and how critics had tried to sabotage it. Reviewers bombed the bastard with unfavourable reviews. The claims I found most prevalent were that the movie was a thinly-veiled, not-so-subtle attack at the entertainment and talking heads for their part in causing and perpetuating (the main character’s) mental illness. Critics, it seems, aren’t used to being critiqued

What’d Nicholson’s Joker say: Wait til they get a load of me.

Another point of contention was how it stacked up to Heath Ledger’s Joker and how it murked the fuck outta Leto’s more recent, horse-shit version of the villain.

I think that the Johnny Cash-guy did a fucking cracking job and nailed a lot of things that not only subtly made the character more sympathetic and humanized, but were entirely accurate when compared to people who are really sick. I’ll say: dude’s got the chops. If you’ve spent time around the schizophrenic, severely traumatized or run of the mill mentally ill, you know he crushed it. It even made me laugh in parts other’s appeared shocked. It was a really great performance.

My honest critique was that it was a slow-burner and much of it was easy to predict. That didn’t make it unenjoyable, but they laid the down-and-out, bottom-out and beaten-up scenes a little thick. They showed instead of telling, sure, but they showed too much without nuance in my opinion.

Personally, I write slow-burners as well; I write with the intention of ingratiating the audience to a character so that when the story picks up speed, we don’t pull-off the highway for exposition. We have seen all that we need to and don’t need to be told what is happening and why. While I am critical and changing my strategy of starting slow moving forward, the middle-towards-the-end picks up like a motherfucker.

I had a long talk with my brother Cole after we’d both seen it. We both grew up with a Schizophrenic aunt, who lived with us for patches of time, and have had our share of run-ins with the darker corners of our own minds. We both witnessed Riverview in it’s hey-day quite often. Each of us has enough creativity for people to assume there is something wrong with us and our unpredictable minds and tongues. He of music, I of letters.

The Joker a movie where the character, and you know this going in, is a villain. Of course it’s going to be dark and violent. It’s the antithesis of a hero’s journey, but told the same way, which is why the pacing and timing is felt with comfort and familiarity. I was a little torn about the demystification of an icon who is most notable for having shady backstories, at best. But this was their story and they told it how they wanted to.

It didn’t have the impact on me it did to some, I found the film more relatable than shocking and wasn’t taken aback by any of the morbidities and shadowed imagery beyond feeling positively about the way it was shot. When I say relatable, I don’t mean that I sympathized with the character, I’ve just always preferred the villains. Shocker. I don’t want to compare him to, say, Thanos or my boy Doom, but a great villain epic makes- or should make- you feel for their cause, even a bit.

Again: It was gloriously shot, in my humblest, as a non-avid movie-goer. Dark and open with plenty of centred, panned shots of the Joker in full regalia.

That, my friends, is what stuck out.

The film is shot, with what I discussed with my brother, as Meme-driven. I’ll explain.

I don’t know the technical terminology, but the way that the long and wide angled, slow motion shots were accomplished was, in my critical theory, a way for the film to earn larger wings via meme-based promotion. And it accomplished that with non-stop stills being used in memes and in all kinds of jokes. Even the goddamn movie poster. Take a look, I’ll wait. Search #Joker and check for the thousands of images it spawned.

I believe that this movie was shot in a deliberate style, combining the controversial subject matter, its villain-hero slant, and easily-deciphered criticisms, to lure the media and content creators. Content creators could create material with the screen caps and blow it up with an electronic word of mouth. Meanwhile, pundits could muse over the questions of mental health, social policies and practices, the overall lack of empathy through its violence and vigilantism in a more salient discourse.

This was totally on purpose, at least I say so. Look at the buzz it generated. It outsold any other DC movie and remained in people’s mouths for longer than any movie I remember for a while.

Hey, remember the scene in the Dark knight where Joker is clapping in his cell? That’s a hall-of-fame meme. The same style of shot is used repeatedly in the new movie. It reminded me of that time Shia Labouef screamed in front of a green screen, homie knew that shit was next to blow. Really, if you wanna give props then Orson Wells and that War of the Worlds radio shtick might be the progenitor to all these types of socio-cultural fire-bombings that marketing minds use to separate their works from the rest of the pack.

It beckons the question: What is more important, the hype or the finished piece? I’m sure people would not have flocked in murders to see the movie if the first few said it was trash, but it’s still hard to say.

A well-throw dart whose easily meme-able tip was steeped in the right amount of controversy. Keep in mind, in America, they had security forces because of that guy who shot up a theatre a few years ago at a Batman premiere. They just can’t let us have nice things.

Back to the movie.

It stops short of being a flick that I dug mega deep with me. In comparison, the Heath Ledger Joker and Dark Knight as a film was influential and changed the way I approached some aspects of pace, storytelling, and character development.

I think it comes down to the shovel-to-the-face way that they pushed the agenda. It certainly allows for conversation, which is always something to be proud of.

The Ledger version (not better, different, they are, of course, of different cloth) was mysterious and came in hot as a motherfucker. Remember when he stormed in on that Mob meeting. Holy fuck, so good. He was also infinitely complex. He was written in a way that made him: A loose-cannon, but also a meticulous planner; Chaotic and violent, but also self-ruled by his perceived tenets; Apathetic, but also unfathomably concerned with seeing out his plan.

The Phoenix Joker was dope. But, it was blunt-edged, predictable and needed the actor to perform supremely in order to distract from the shallowness that I think the writers created by over-writing his backstory. Beat-up? Yeah, saw that. Laughed at? Yup. Raped and assaulted by a step-dad? Oh you waited so long for the reveal that I was playing out the clock. Bad mother? Come on guys, we knew this from minute 12 on.

I repeat, it wasn’t bad, I liked it. It leaned on Kings of Comedy and Taxi Driver a little much; they call it a nod but shit man, that came off a bit control-c-Control-v to me. The ending with Deniro, which was hyper-reminiscent of the film Network, was tight. It was my favourite part of the movie; the scene where they are speaking about Arthur’s social disenfranchisement, at which point Murray asks him something like “how much self-pity can you have.” And lectures him on not taking responsibility for his actions. I was thinking that as the movie was rolling, goddamn existential leaning that I have.

That summed up my issue and prevented with me from siding with Arthur completely. The blame he lays on others. It didn’t bang with me because I don’t think that way. Maybe I haven’t endured enough.

I can see how his character will appeal to a lot of disillusioned people: backs turned to them, class divisions, the environment is to blame and not the person. We are almost instructed that he is not born evil. We are to conditioned to become sympathetic to his plight through his troubles and poverty. It uses the mental illness in a way that seeks to lure the audience to appreciate his thought-patterns and instincts, to put us in his shoes. It does a decent job, but I just never got there, I think.

I heard him called the patron saint of incels. That made me laugh. And nod. It made me think of Sam’s character from Coward, as that was my goal when writing the poor bastard. The film was ripped for depicting a brutal killer as a hero and the critics derided its amoral stance fearing it would incite copycats. Hey, fuckers, when did y’all become the moral police?

Are reviews no longer objective? Are you critiquing the art or the message? If a piece of art conflicts with your ideology or philosophy, does that entirely write the project off as a failure or something to be loathed by your audience of same-minded ‘individuals’? Similarly, is it so outmoded and passé for a critic to restrain from their personal, subjective analysis in favour of an objective, nuts-and-bolts review? Or, have we arrived to a state of first-person diarizing, mistaken as half-assed unfaithful-gonzo journalism, where the reason for criticism is purely that- to criticize without constructive opine; where the objective of the reviewer and their story becomes the overriding component with the critiqued-art as a side, only a point of reference in a narrative about their ego penning their cowardly attempt to cover-up and breath live into a sensationalized thought bubble fed to their readership as legitimate, objective analysis.  Hope you like run-on sentences!

I think Clint Eastwood is a cock and Mel Gibson is bat shit, but dude’s get structure and story-telling, just saying. Man… Chris Brown… What about that cat? Y’all crazy.

There is a chance that the critics in on it too. They help to bait the social media hype-train from the station and create a more divisive climate: where memes and jokes can be more offside due to said gap between yays and nays, and therefore hit that much harder, instigating greater intensity in both sides of the argument. Clearly, we’ve gone beyond the movie, but you always knew that we would.

It must make an artist feel some type of way, to earn a kind of status where chatterboxes on both sides are impassioned by their love or hate for your work. I reckon the worst thing would be to have no commentary at all, and your hard work falls through the sewer grates. Shit, I’m talking about it and who am I. How long does your name ring down the corridors after you leave the room?

Thanks for your time and sorry for cussin’,