Hope you’re keeping well with your keeping well-ass selves. I’m in a bus heading to Guanajuato state because: mountains and shit. I’d feel like a fool if I didn’t go and see some shit while I’m on vacation, rather, people would rag on me for staying in the capital for two solid weeks instead of being on some other shit.

I was at a café. I was having a coffee with cinnamon (classy move Mexico, you know me, man) and a dart and some cat struck up a conversation. I wasn’t in a mega touristy, or even touristy area, more like a laid-back local-filled part of the city.

I stand out a tad in these parts.

She nodded, I nodded back.

She asked me if I lived here. I said no.

She asked me how long I was staying. I said two weeks.

She asked me where I was going next and for how long. I said that I was heading to the mountains for a couple of days and would probably come right back.

She said that where I was heading is beautiful. That she wishes that she could go there, or the beach, or the jungle, or basically any place where she wasn’t perpetually being gargled by a noisy, polluted concrete maw. (I may have embellished on what she said)

She asked me if I was working or on business; my Spanish is fine but not good enough to make a dad joke or some shitty pun, and trust me, they don’t carry over, they aren’t even funny in English. So I said no.

The conversation ended up concluding with her being somewhat incredulous about why I was staying in the city for nearly the duration of my trip.

For this lady and others who I’ve spoken with- people born in, and people from outside of, the city who now reside there by choice or extraneous circumstances- the city is a necessary evil; it is an economic powerhouse, not only for the country, but in Latin America. Sure, they’ll say that there is plenty to do, infinite restaurants to try, excursions inside and close to the city.

But it’s busy, with incessant noise, inescapable smells, constant danger and a near ineradicable sense of dread and violence that could loom one block from here so don’t go that way or take an uber red headed manchild. That last point is at least tenfold if you are a woman.

They are proud of their country, make no mistake. They realise the fucked up shit that happens, and we know goddamn well what I’m talking about; but are quick to list its good qualities. The beauty, the warmth of the people (in their town, not CDMX), the food, the culture, and more.

Which is perhaps why it’s in the interest of many transplants to initiate some form dialogue with another clear-cut stranger (me) and ask why am I staying just in the City, idiot, and not heading to Cancun, Escondido, or anywhere else with beach, sand and sun.

Let me tell you…

I like the city because all that insanity, all that chaos and clamour and people and violence and diversity and realness and smells and tastes and dirt and beauty and grime and and and…. it feels like an outward representation of what it’s like in my head.

For some, the sounds of nature, the ocean swirls, the wind running its fingers through the leaves and the grass, the tranquility of a night without traffic and a morning without jackhammers, is relaxing. To sit on a beach with drinks and read while soaking in the rays while the hours leech by, is relaxing. Quaint little meals in cantinas while being serenaded by mariachi bands and perusing the small stands where prune faced abuelas sell ‘hand’ painted skulls and ‘homemade’ mole, is relaxing.

I can’t do it man. To me, that is the purest loneliness. The only people who succeed on a beach alone are divorced women trying to get their groove back, Stella. Not so for a bleach-white me rocking freshly inked skin. To counter on the aspect of loneliness; big cities, huge, country-population-having cities can easily be the loneliest places in the world. The facelessness of each inhabitant can be felt when you can’t summon a single person by name. Yes, yes, the irony of being next to millions of people and feeling alone is noted. But… at the same time, I feel energized by that oftentimes annoying proximity and anonymity. I can sit on a park bench with a pack and a coffee and watch people all day. At the beaches you get a few tropes, maybe. But in the city, oh man, h-hold on t-to your sombrero f-f-fella.

That feeling of always being on your toes, always having your safety potentially compromised, the queues, the pollution, it’s like white noise to me. Almost soothing. That’s my ocean sounds and ASMR. Where I am taken by anxiety and paranoia and that ‘I don’t know what to do with my hands because these pants don’t have pockets’ feeling, is alone at a beach. Shit son, I always know what I’m doing in the hood. I’m posting up, clocking, or getting the fuck out.

If I had a companion, I’d go to the coast for certain; mostly because no matter who, they’d want to, and also, because sure why not: travel-me is down for anything. As a solo artist with no major record deal, I know what would happen: I’d stay in a hostel, meet people, sure, probably drink way too much at night and feel like death for much of the day, get burned and look like hell. I know I don’t have to drink, mom! But, it helps get over the anxiety of making friends like the first day of school.

To me, scrounging amidst the groups and couples that planned their trip to Tulum or Cabo- to drink and be merry, show off the results of their gym routines, fuck prostitutes, relax, get away from the noise, get away from real life, bang prostitutes, swim- for a person to talk to, more than likely having to imbibe to fit in and feel comfortable, is anxiety fuel. Nitrous like.

I’d rather walk 20km without a map and achieve that rush of adrenaline knowing I’m being eyed up like the sexy new 60-year-old in the retirement home by thugs and hucksters than sitting on a beach all day by myself deciding on who I can trust to watch my belonging for the 30 seconds I rinse off in the beach and awkwardly reapply the sun screen, missing all the spots that will throb manana.

I guess what I’m trying to say is, I don’t know how to relax.

At least not the way most do. The quiet and stillness and traditional fun puts my dome piece into hyper drive and I go fucking nuts. I get fomo; it’s exotic and weird and cheap and I don’t know what to do with it, like a picture that you’re gifted and expected to frame yourself and make wall-space for, in spite of it’s drab ugliness and obvious cheap mass-production quality and style. My brain buzzes and I feel like I’m wasting time, I feel out of place, I feel like the single ugly thing in a beautiful world, to be honest.

In the big cities- Mexico City especially but other ones as well- I feel like a little tornado kicked up in the gusts of a class-5 hurricane. I’m not in a numbed-out holiday state of mind and being. It feels like someone took my brain and turned it inside out and I get to see the hectic storms that are always in there. What’s that movie, the Cell? Where Jennifer Lopez has to go in that cat’s mind and it ends up being an incarnation of his twisted fantasies? Terrible movie, but, that.

I have another one of these long ass bus rides, so maybe I’ll explain more distinct reasons why I like it in particular and some other things that I’ve noticed. Or not. I don’t give a fuck, I’m on holiday.

Do this with me, it might help Fear is a motherfucker. Bad grades, bullies, losing a job or a girlfriend, trapped in mine shaft, whatever. Worse, is a fear of the unknown: A dark alley, the deepest elbow-pit of the…
END_OF_DOCUMENT_TOKEN_TO_BE_REPLACED

EI EI oww… It feels like it wasn’t even a week ago that I was saying that I didn’t understand what was going on and had no idea what was happening. I took a (strangely) soft-handed approach and touted my…
END_OF_DOCUMENT_TOKEN_TO_BE_REPLACED

Anybody heard about this coronavirus thing? Yes? Oh, neat. Me too. How about that. I will admit right from the hop that I don’t follow the news. I am woefully under-informed about most current events. This doesn’t bother me none.…
END_OF_DOCUMENT_TOKEN_TO_BE_REPLACED

Like the Gang Starr song, get it… I’ll see myself out. Made it home. A long ass delay and an Air Canada announcement that informed a sold-out plane of passengers cursing around the carousel that they’d purposely left our bags…
END_OF_DOCUMENT_TOKEN_TO_BE_REPLACED

Hope you’re keeping well with your keeping well-ass selves. I’m in a bus heading to Guanajuato state because: mountains and shit. I’d feel like a fool if I didn’t go and see some shit while I’m on vacation, rather, people… 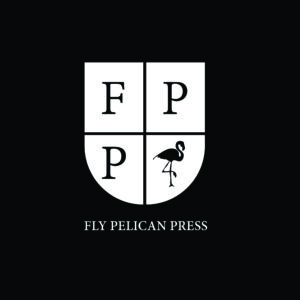